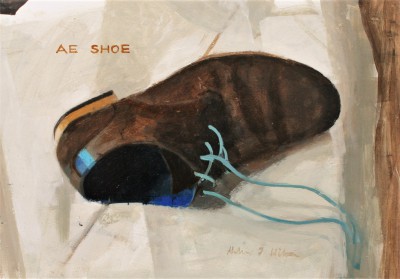 Helen Wilson was born in Paisley, Renfrewshire, in 1954. She studied at Glasgow School of Art and at Hospitalfield Art centre. During this time she was awarded the Robert Hart Bursary and Governor's Prize, Hospitalfield; a Travelling Scholarship (Italy and Yugoslavia); the WO Hutcheson Prize for Drawing; the Postgraduate Studies Award, Glasgow School of Art; and the John and Mabel Craig Award.

Artists David Hockney and Chagall were strong influences during Helen Wilson's time at the Glasgow School of Art. She has always liked the art work Degas and admires Sickert, Giotto and the Italian Masters. Her greatest influence was Scottish artist Charles MacQueen from her days in the Art Department of her school in Paisley.