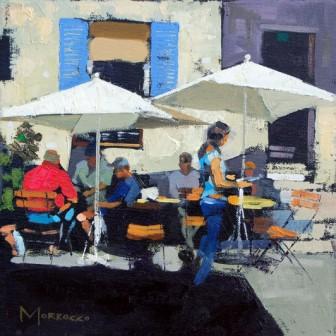 Selected to study at Hospitalfield House, Arbroath during the summer of 1973, under the renowned pop artist Peter Blake.

Set up a design studio after college, whilst continuing to make time to paint and exhibit. In 1997, Jack decided to paint full time and now works from his studios at home in Fife, Scotland and occasionally on the Cote d'Azur in the south of France.

Jack chooses to paint several distinct types of work. He says 'I get bored easily, so the idea of painting only one type of subject, in one particular style, doesn't keep me interested creatively. I need to be more flexible, and move from one discipline to the next whenever I choose.'